Administrator
Windia v84​
Approximate time for the update to commence is 28/03/2021 - 12:00 (PM) UTC.
The server will enter maintenance mode 30 minutes prior to that.
Estimated downtime for this update is up to 6 hours. The update process itself is a matter of minutes; but for competitive reasons (Evan and content racing) we will do our best to allow all the players to download this massive patch's files in preparation so everyone can start playing at the same time.
The current patcher will become obsolete. A new sleek patcher will be available through the website during the update process.
This update is massive. It's an entire game version update (our first one!), there's a new job class, 3 new areas, 3 new equipment sets, balance changes, 2 new bosses, 2 new party quests, and many internal changes to our infrastructure as well. If there's any critical issue, we might have a hotfix maintenance, and possibly a rollback.

Dragon Master Evan is now a playable character. It counts for Maple Legion. Its starter job class ("Legend (Evan)") will not count towards your Legion levels as you automatically advance to 1st job.
Evan's cash books drop from monsters rather than purchased from the cash shop. Use the @whodrops <item name> command to find out. Same applies to the 9th/10th advancement skill books.
You get 3 SP from levels, none from quests. You gain SP up to level 225. SP can be used all the way from 1st job to 10th.
Evan gains HP like normal magicians. MP is being treated as if you have maxed out "Improved MaxMP Increase" skill.
Evan's questline has been implemented (thanks to Arnah) partially up to level 70. We chose to not implement the rest as it'd make the 250 quests achievement unfairly easy on Evan characters.
The job advancement process is simplified and Mir will automatically evolve as you reach the level goals (10, 20, 30, 40, 50, 60, 80, 100, 120, 160).
Attack speed scales with your weapon and not only buffs unlike stock GMS v84.
Global buffs apply (Hero's Will has decreased cooldowns; buff durations increased to 300 seconds, buffed Nimble Feet) 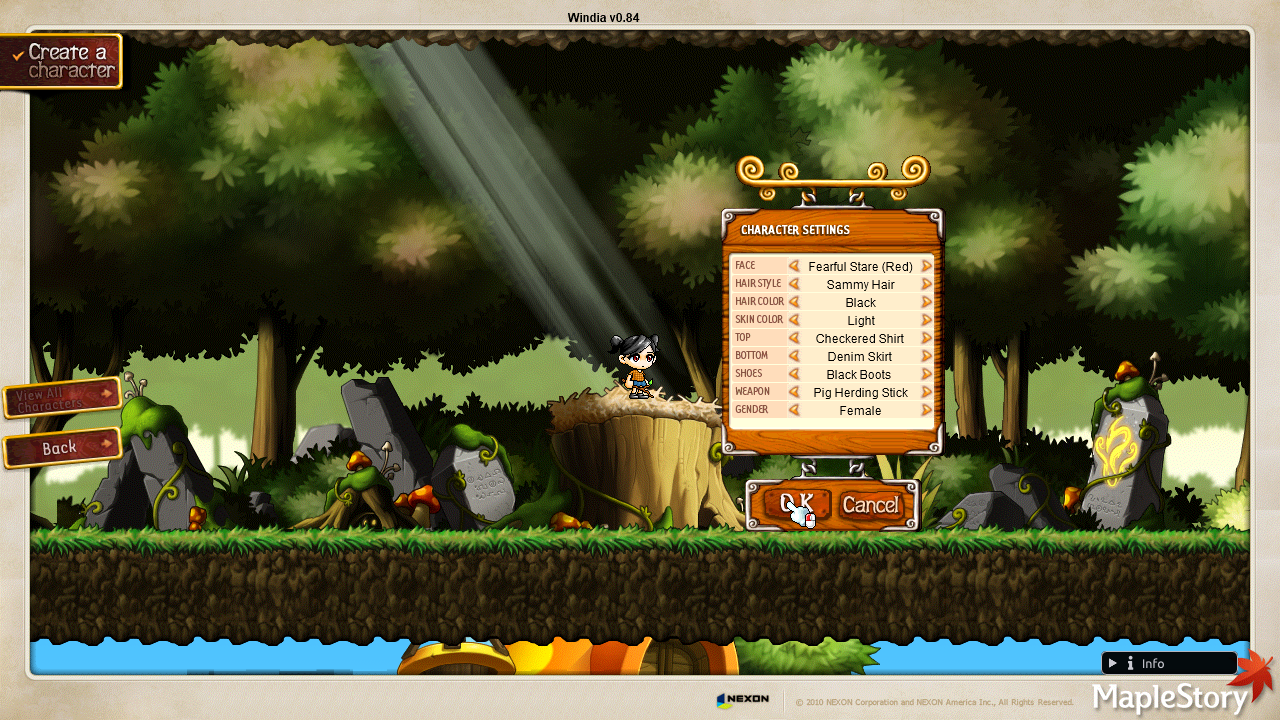 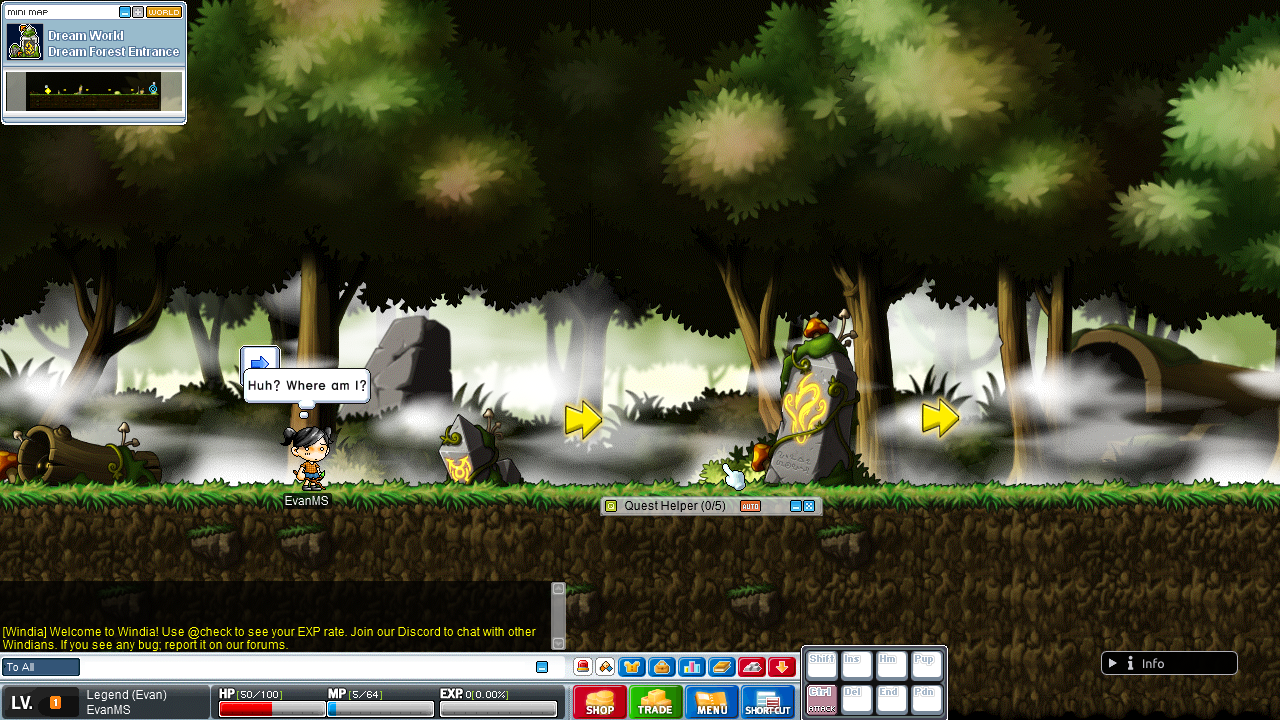 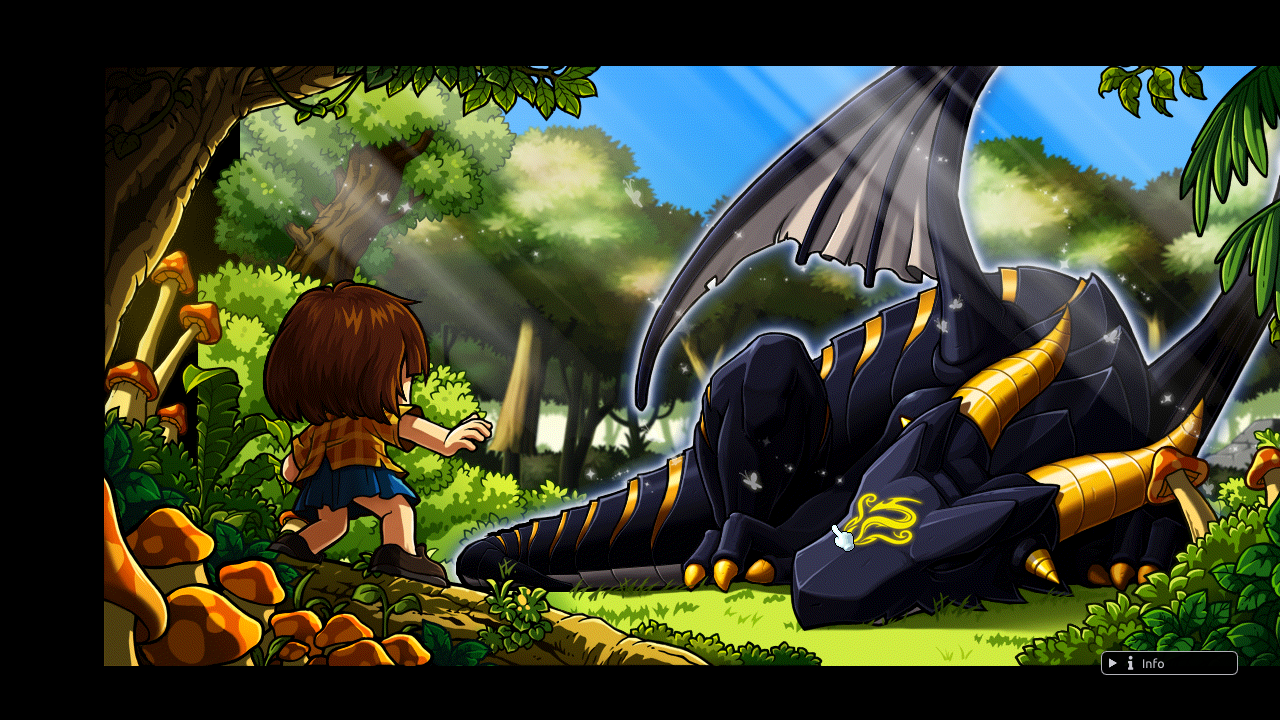 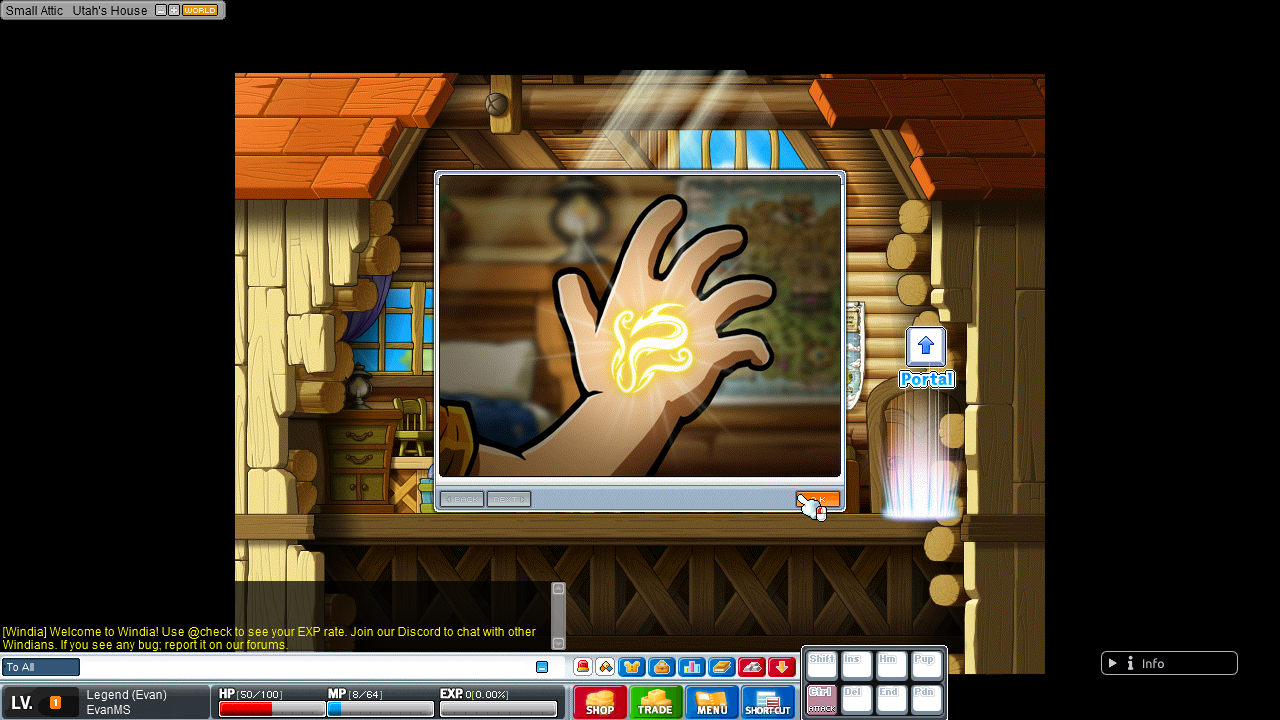 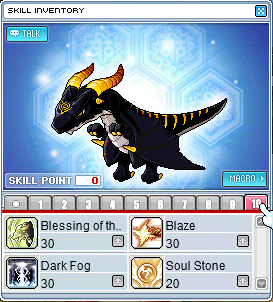 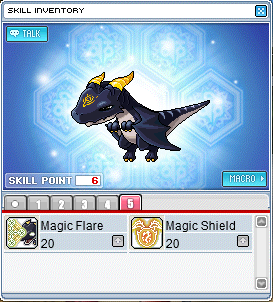 Easter Event
During the event, the monsters all around the world will rarely drop an Easter Basket.
Exchange them through Grandpa Moon Bunny in the Free Market or in Temple of Time: Three Doors for Easter themed cosmetic items!
The event will stay active until 01/05/2021.

Added Meister Earring and Meister Ring. They are part of the "Meister Set". Bonuses: +3% Final Damage and +3% Critical Rate per set item equipped. Requires Maker skill at level 4 to craft.
Added Noble Lion King Medal and Royal Lion King Medal. They are used to purchase armors/weapons from the Von Leon coin shops - access them from the entry portal to Von Leon. Requires Maker skill at level 4 to craft.
Added Reverse (level 120) Dragon gear to Maker.
You can disassemble items of any set effect (Meister/Von Leon/Empress) to obtain Primal Essences. 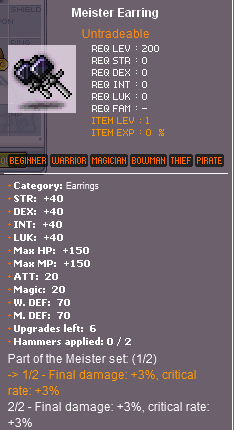 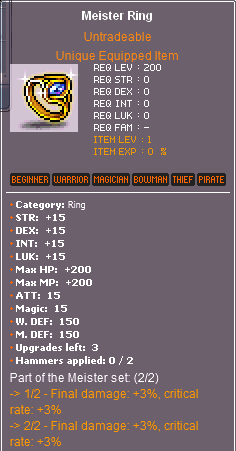 Coke Town
Coke Town is now available as hunting content (levels 150+). You can access it through the Dimensional Mirror or through @go coke. The monsters have been buffed and some of the map layouts have been changed from the original version of Coke Town. Note that the Coke Town quest-line is not present on Windia.
To fight the monsters in Coke Town, your Starforce must accumulate to 25 or higher.
The hidden portals in Coke Town are visible. 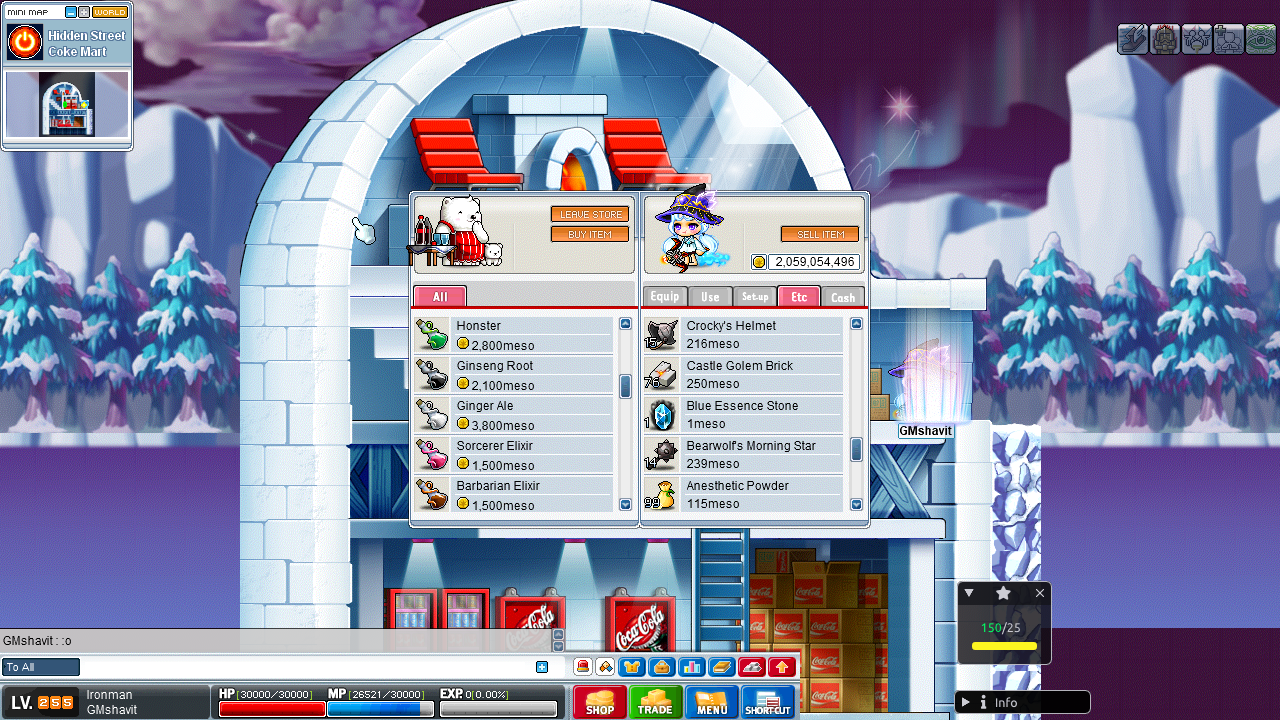 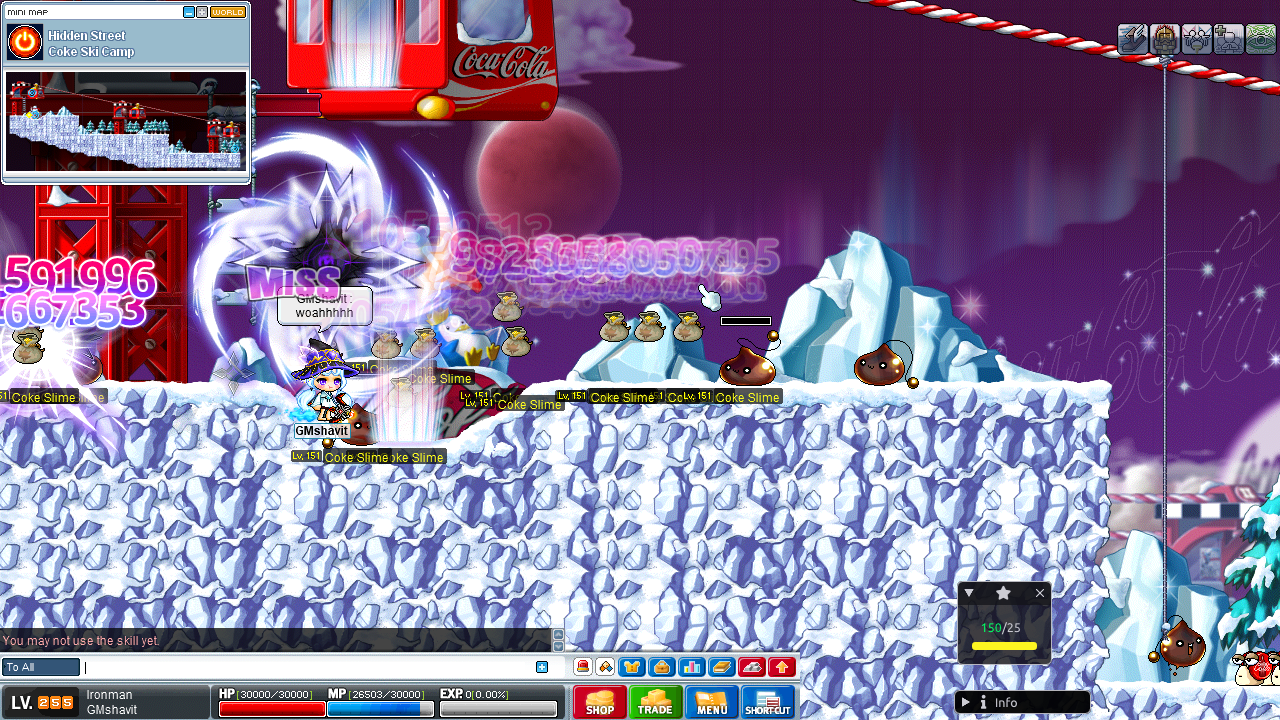 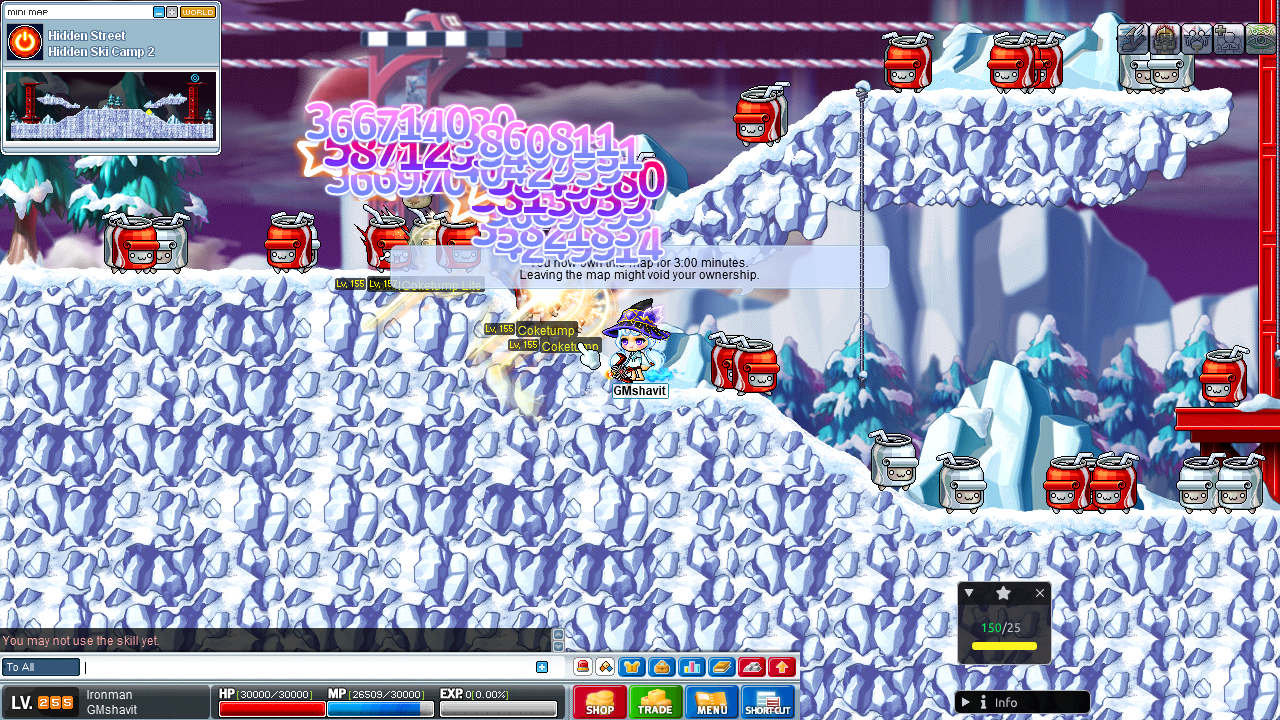 Lion King's Castle
Lion King's Castle is now available (levels 215+), as well as a quest chain and Von Leon as a boss. You can access it from El Nath: Wolf Territory II (enter through the the portal at the top) or through @go lion. The quest-line has been streamlined.
To fight the monsters in Lion King's Castle, your Starforce must accumulate to 95 or higher, or 120 to deal damage to Von Leon.
Defeat the corrupted Von Leon to receive a material used to craft a coin to buy items from the Von Leon shop. You may enter the boss fight with up to 6 players. Deal 5% of the boss' health in damage to be eligible for Lion King Medal as a reward! 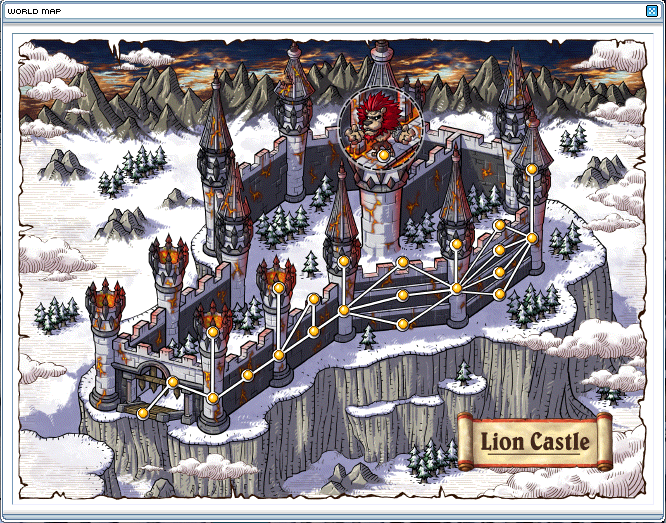 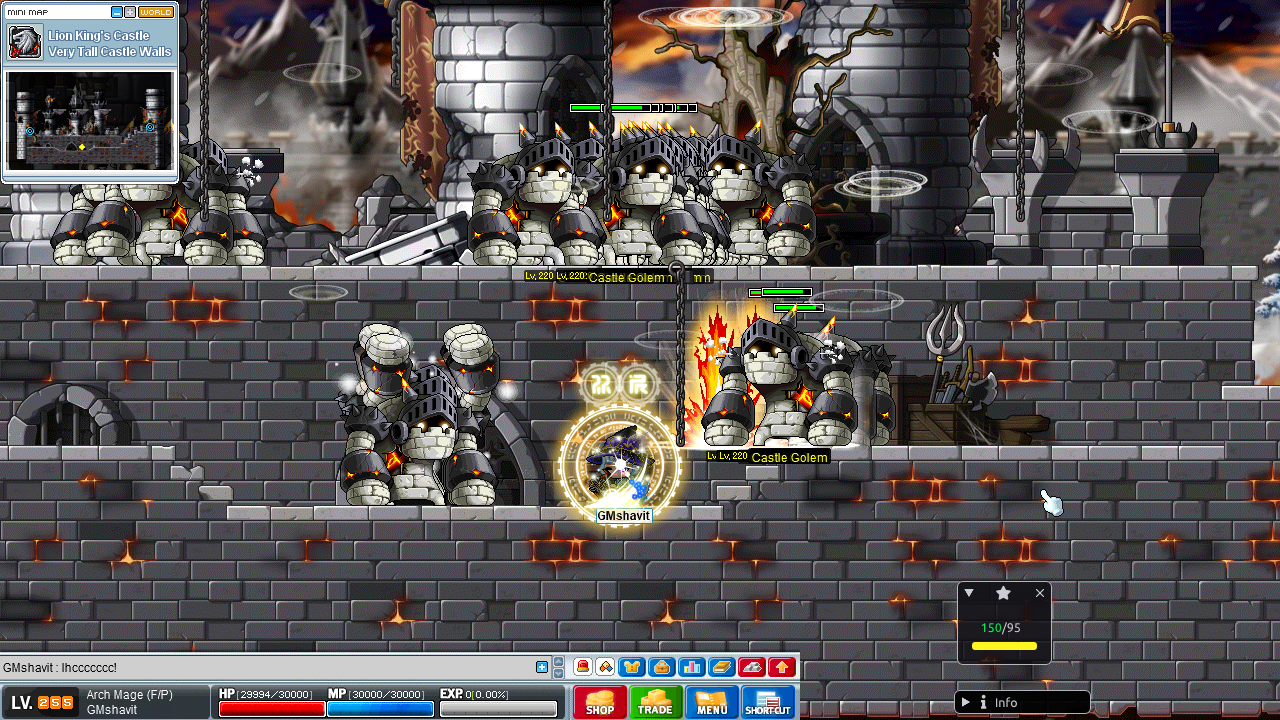 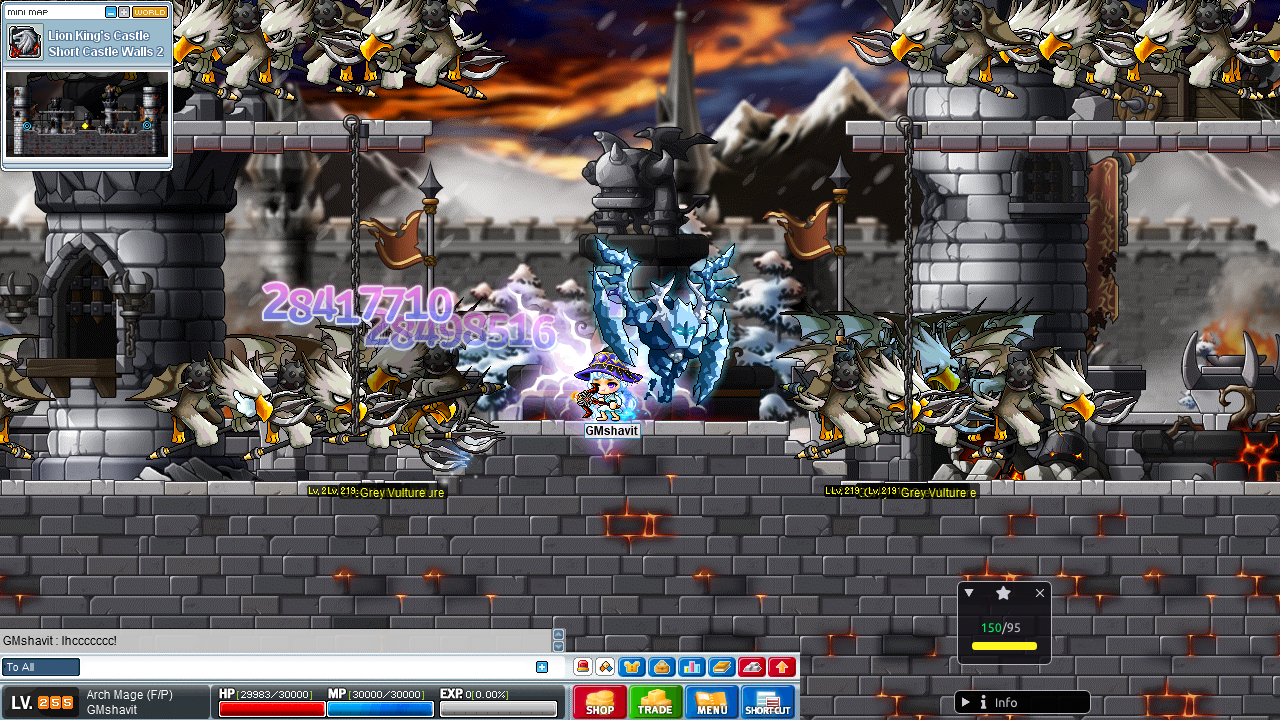 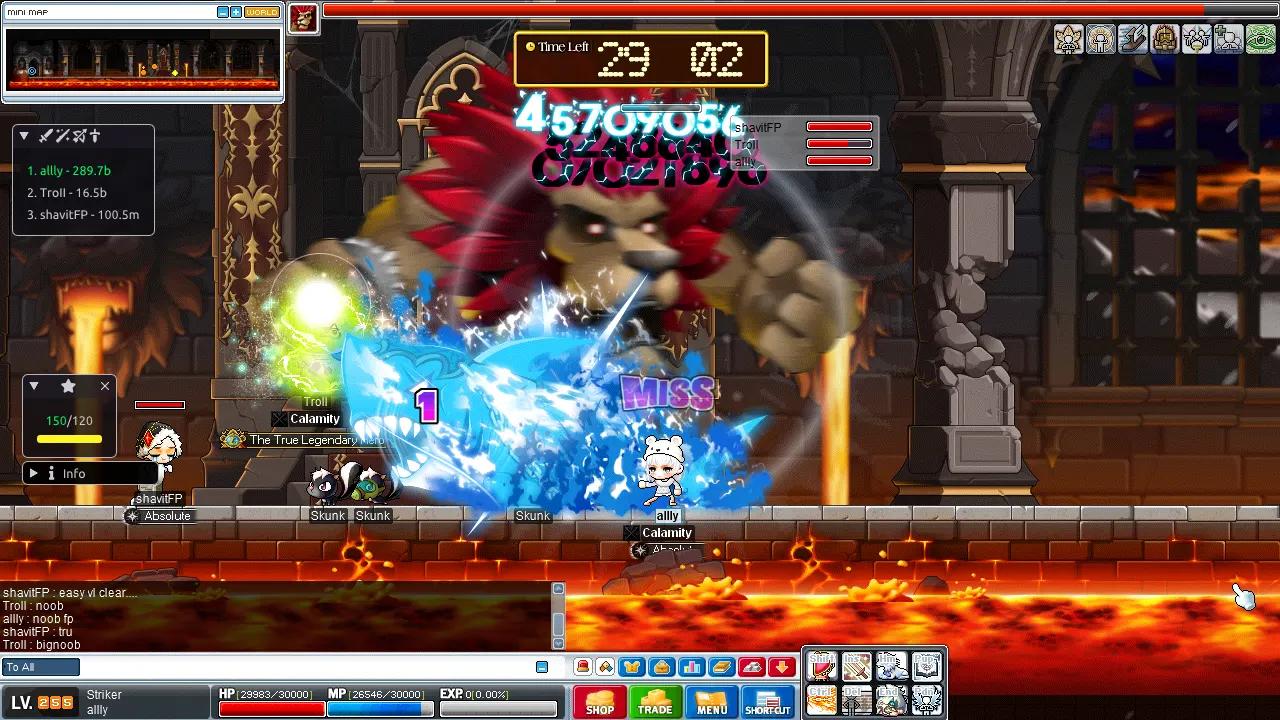 Gate to the Future
Gate to the Future is now available (levels 225+), 61 new quests have been added and Empress Cygnus as a boss. You can access it from Temple of Time: Three Doors (enter through the left door) or through @go ruins. The quest-line is identical to what it was back in GMS v105, minus mobbing requirements tuned down from 500 monsters to 100 monsters.
To fight the monsters in Henesys Ruins/Dark Ereve/Knight Stronghold, your Starforce must accumulate to 105 or higher, or 130 to deal damage to Empress Cygnus.
You can conquer on Empress Cygnus. Defeat Empress Cygnus to obtain Empress Set gear (armors from the 2nd iteration of the Chief Knights, or weapons from Empress Cygnus) - they are instanced per-class in a similar fashion to Sealed Tyrants, Deimos shields, and materials for crafting items via the Maker Skill. You may enter the boss fight with up to 18 players. Your boss cool-down resets after 3 daily resets rather than 1. 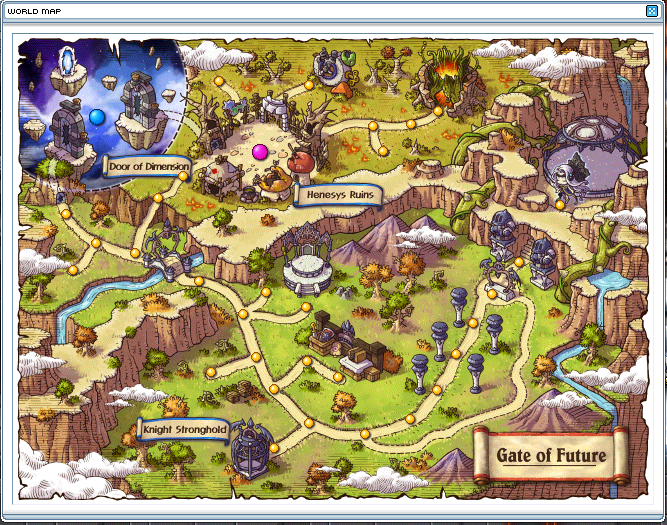 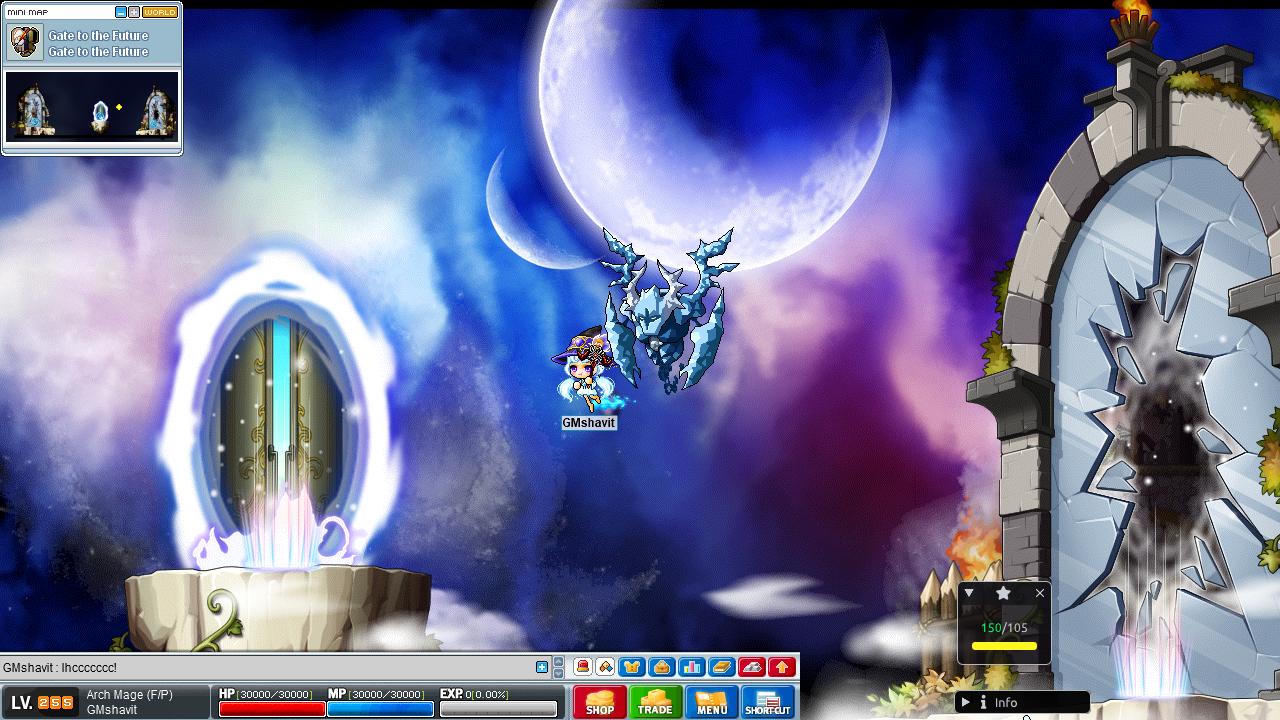 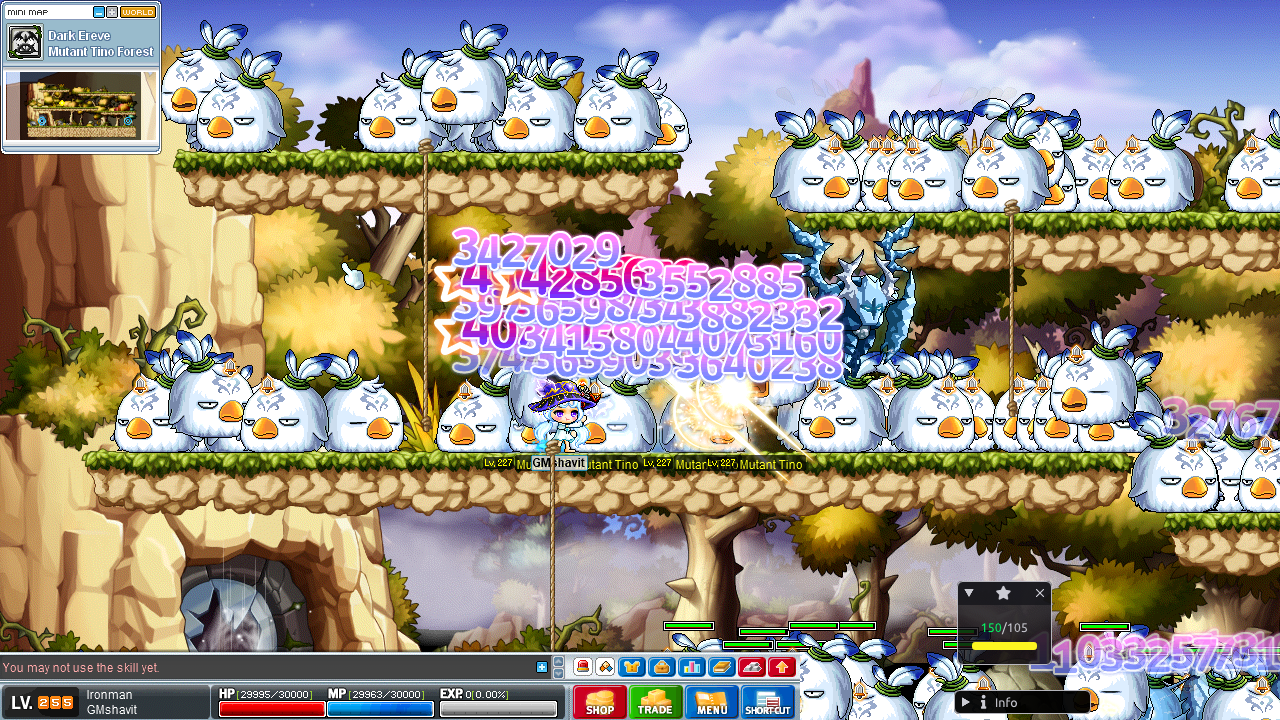 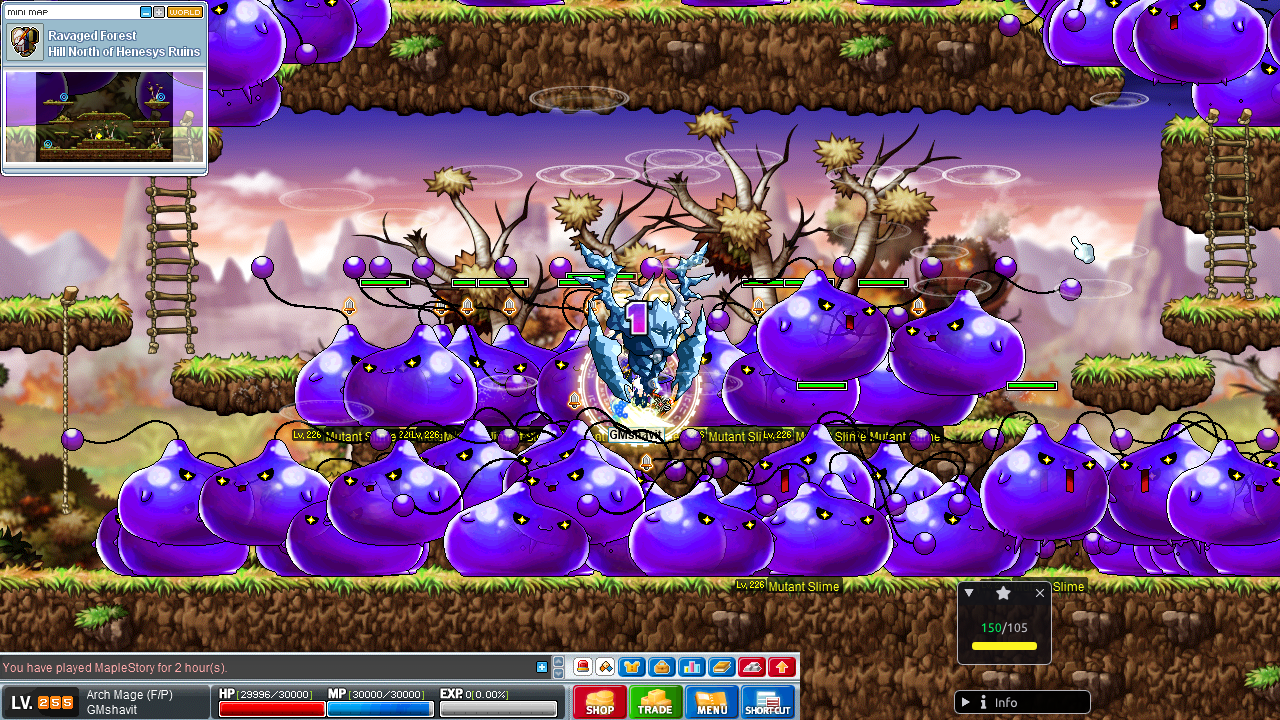 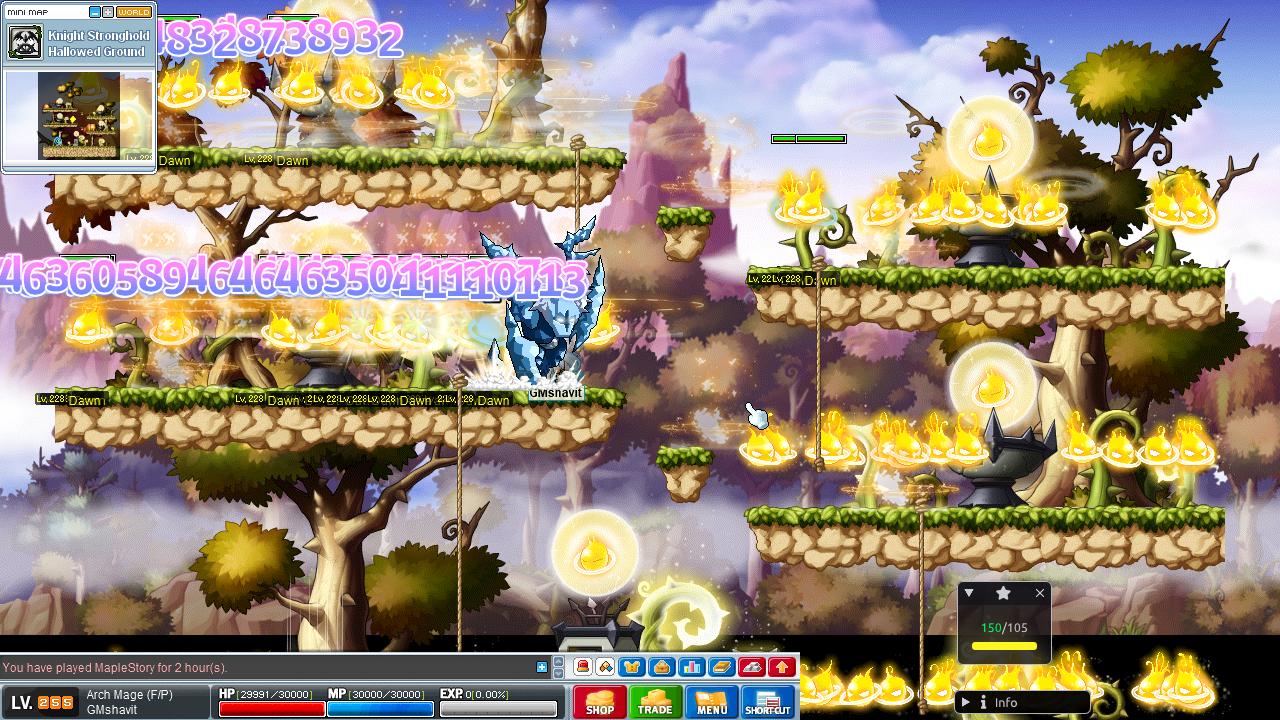 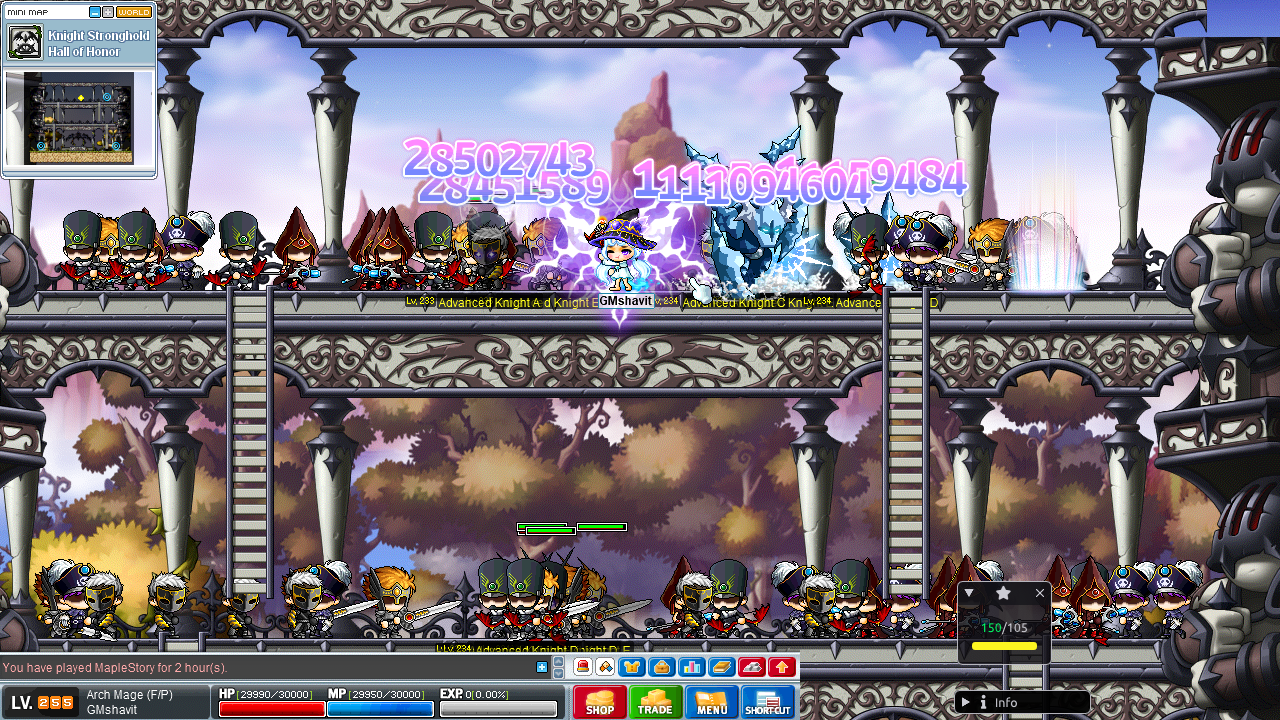 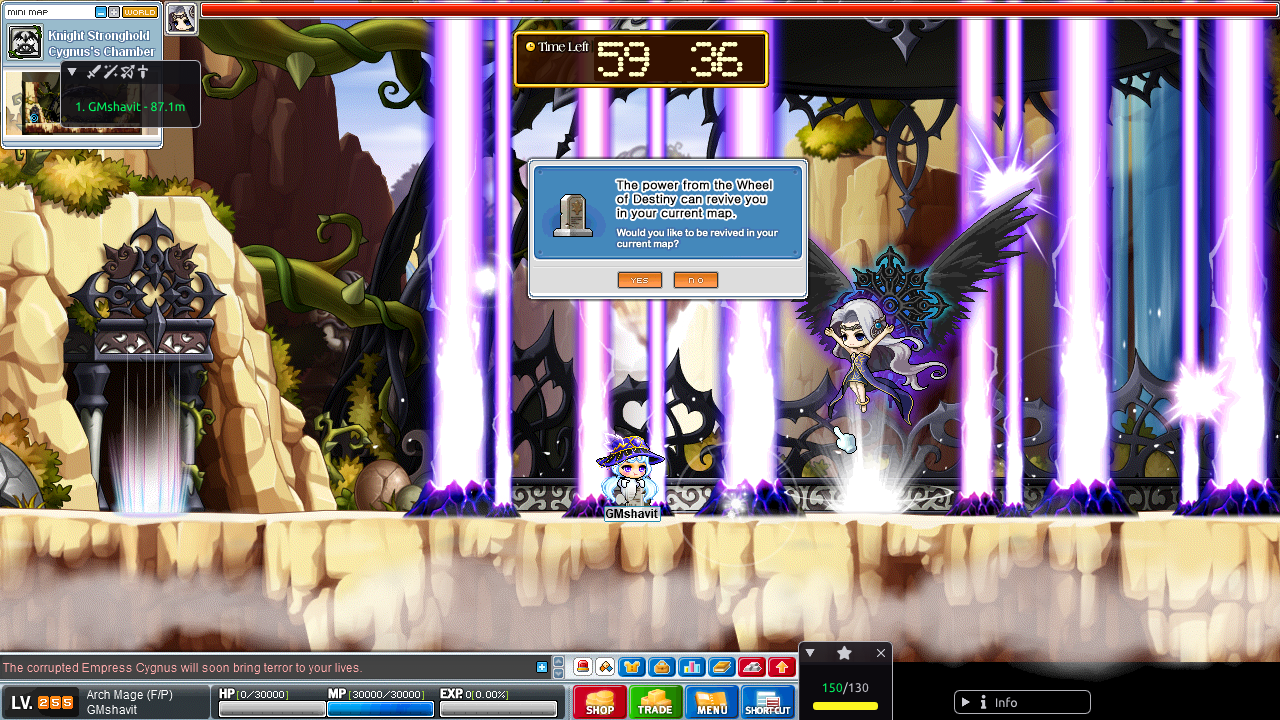 Nett's Pyramid
Implemented Nett's Pyramid party quest.
Access it through "Pyramid Dunes" (from Sunset Road - Sahel 3), the Dimensional Mirror, or @go netts.
Obtain "Pharaoh's Treasure Chest" for every wave finished, and use it for a chance to get great items, including Chaos Scrolls, Rebirth Flames and The Immortal Pharaoh Belt!
The PQ has no try limit and the requirement is being level 90; 2-4 party members.
The PQ is not a copy of the one by Nexon, it is custom. 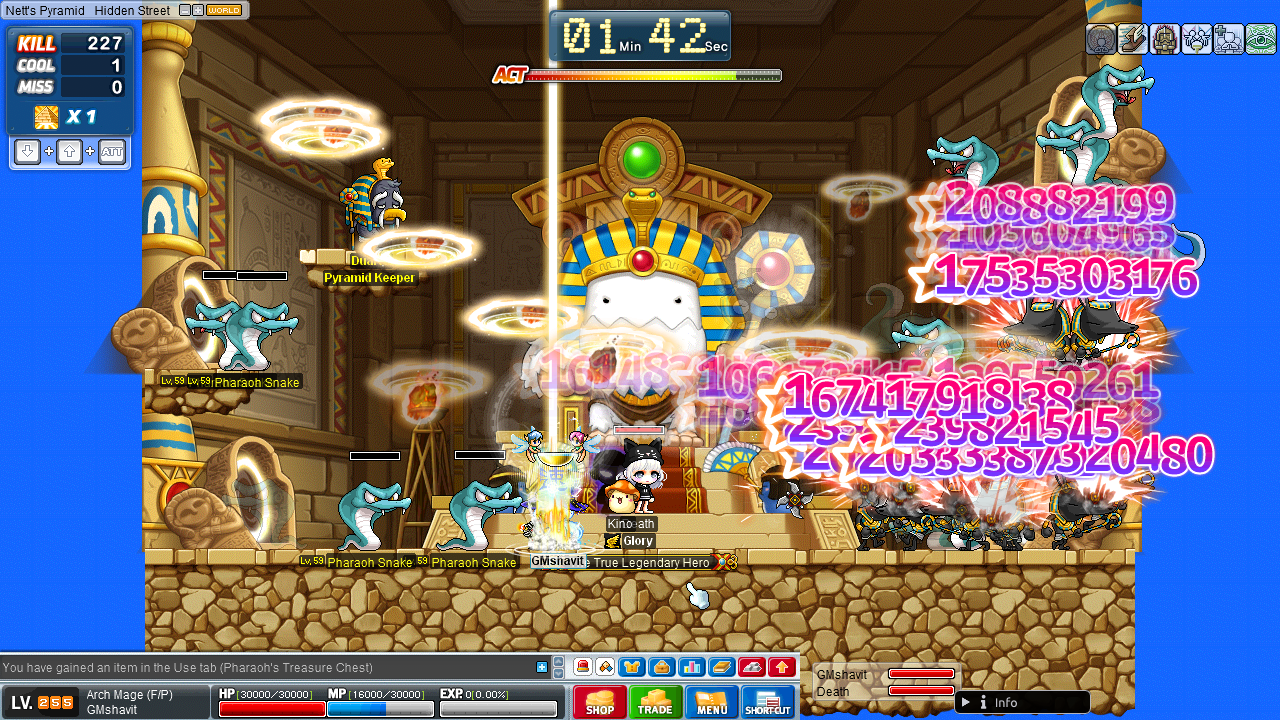 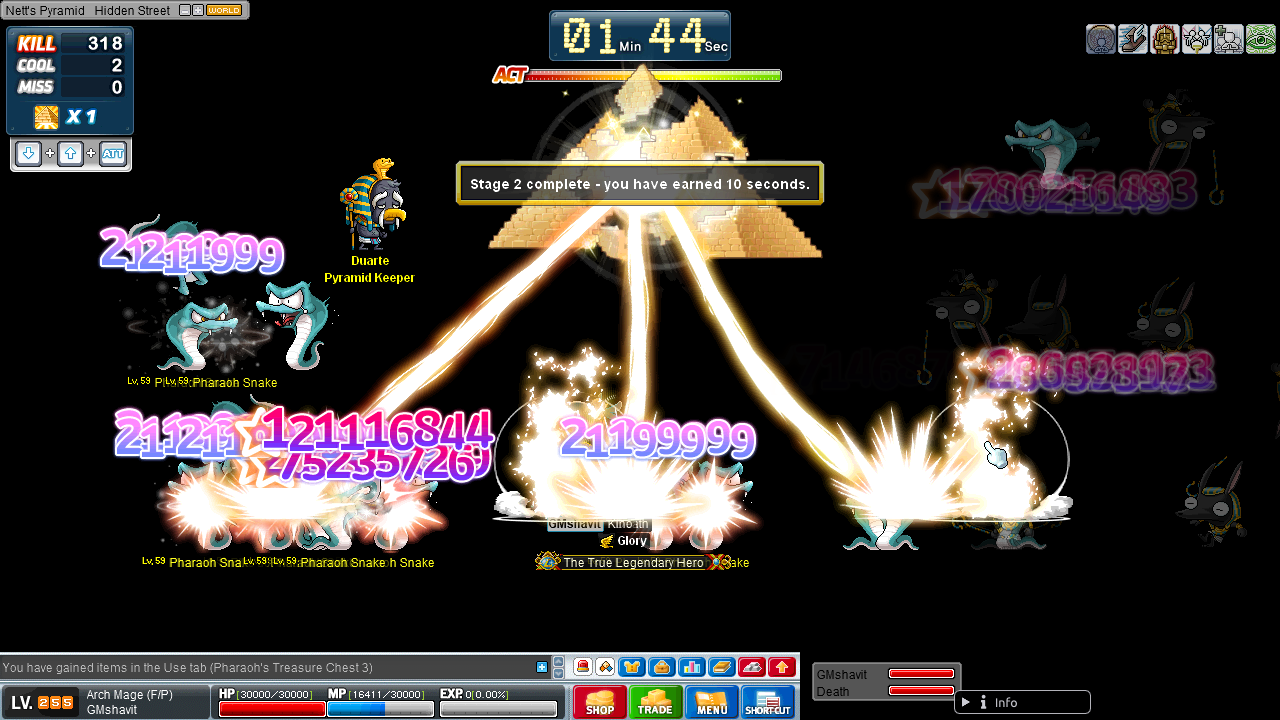 Dragon Rider Party Quest
Implemented Dragon Rider quest-line, Soaring skill and the party content itself.
Access it through "Crimson Sky Deck" (from Leafre - The Forest That Disappeared) or @go drpq.
Other than the different rewards, the pre-quest and the party quest are 100% identical to GMS. Passive "Sky barrier" damage is unimplemented as it was only added in v88.
The levels of all monsters within the PQ is 170. Completing the party quest will get you a decent amount of EXP; and if you're incredibly lucky - some of the highly demanded items on Windia!
The PQ has no try limit and the requirement is to be level 160, complete the pre-quest; and to have 3-6 eligible party members. 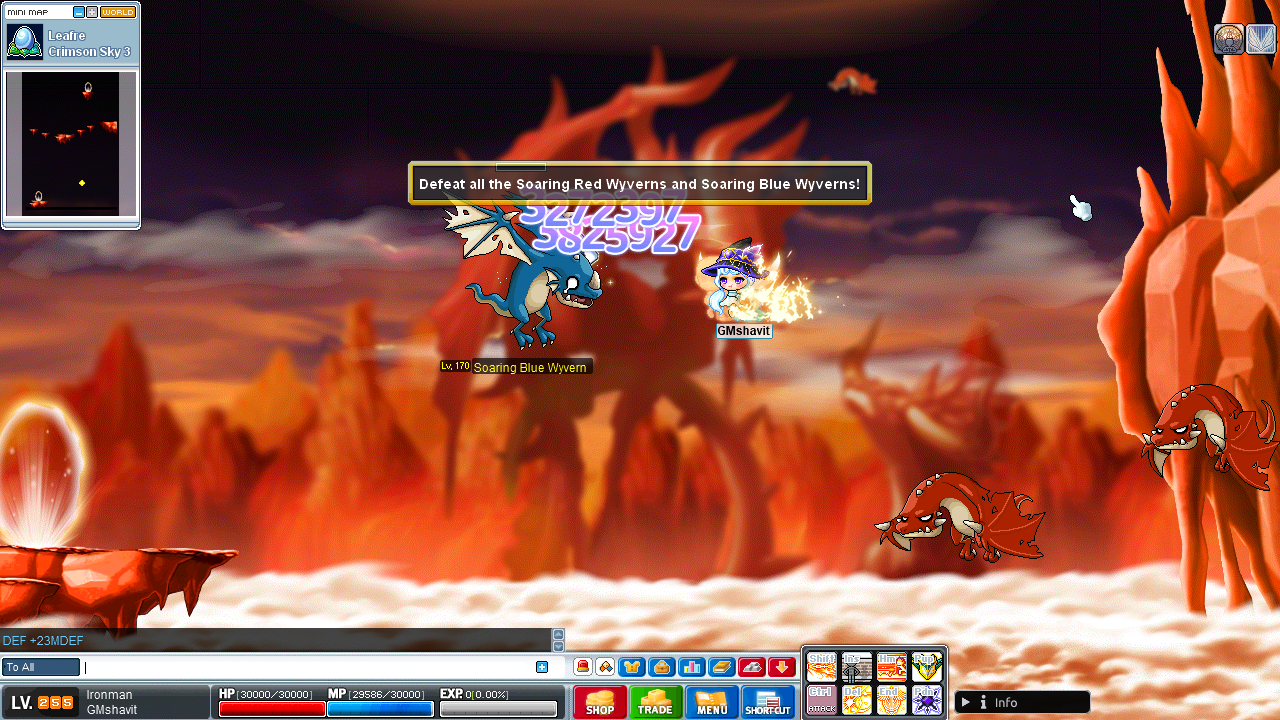 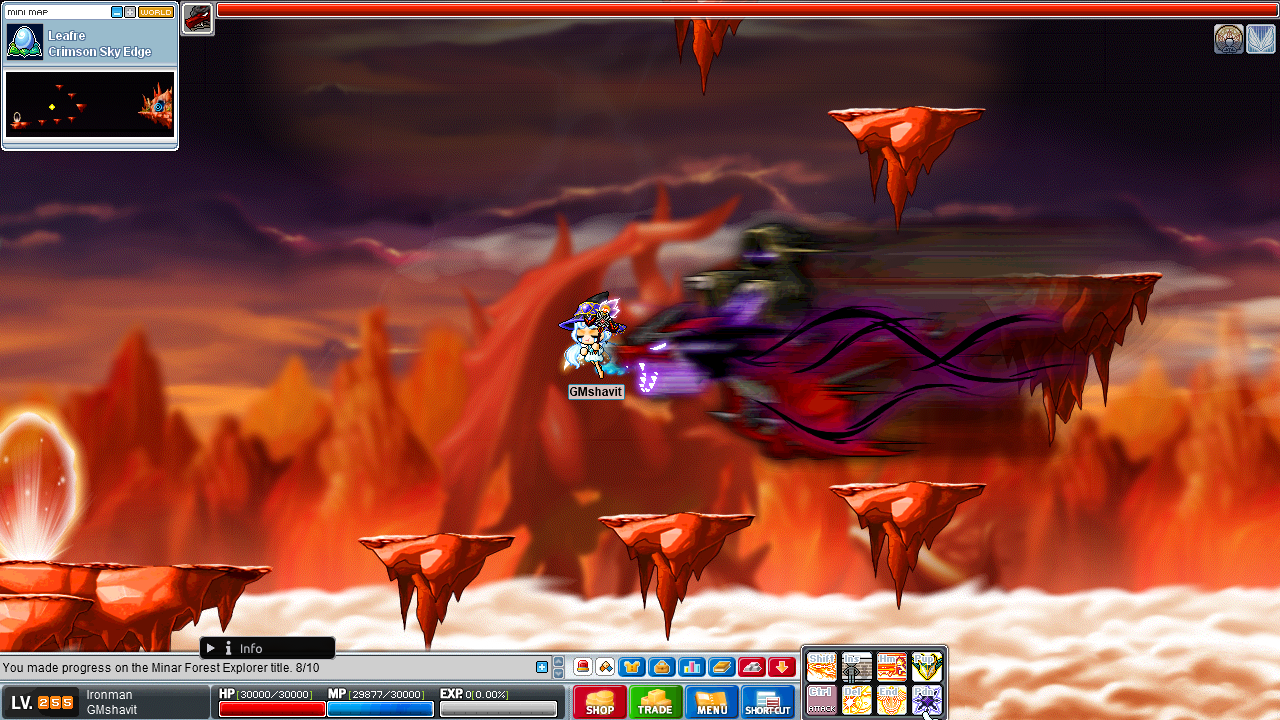 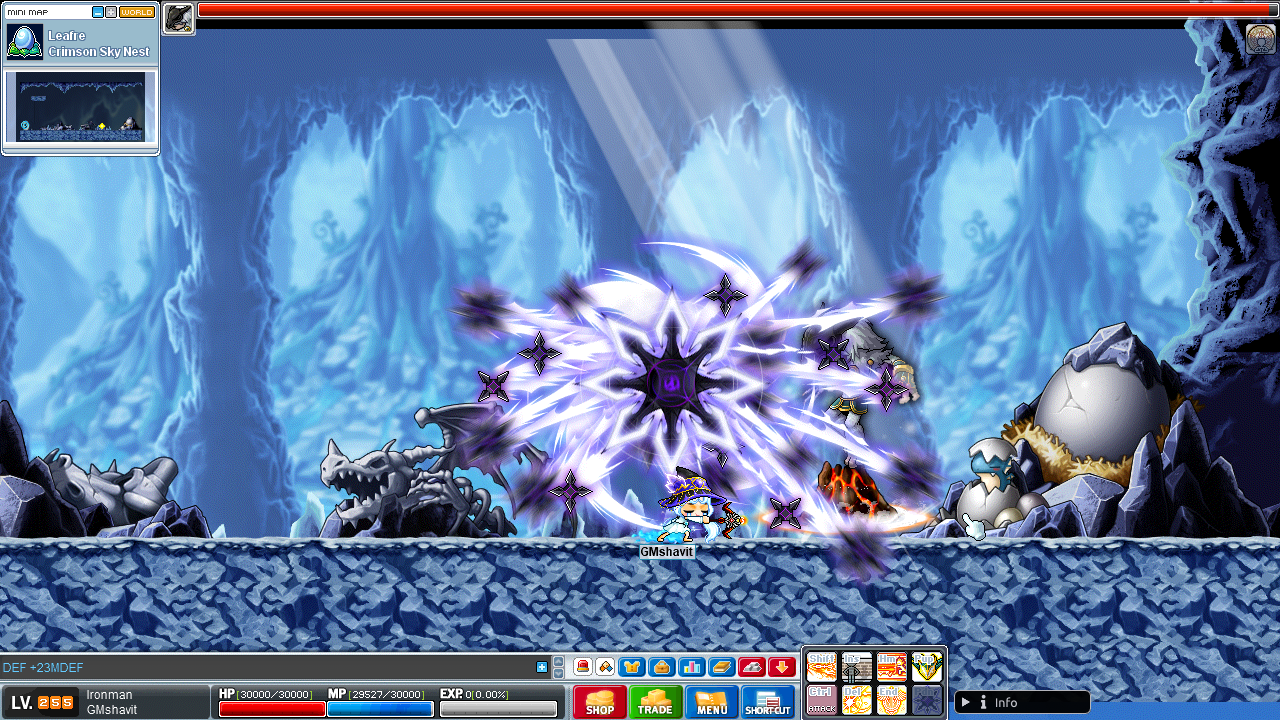 Talk to Lao in the Mu Lung Dojo Hall to purchase various rewards using the coins. The coins can be traded freely.
The old shop contents still remain, but the ability to reset your training points no longer exists. You can use the new shop to skip the belt upgrade process.
Vanquisher medals now require 10 boss clears rather than 100.
A new medal can be obtained from the new shop, "Absolute". It is a level 200 "Superior" class item and can be upgraded as well as have flames applied to it. It qualifies as "The True Legendary Medal" in regards to boss entry requirement.

Patcher
There's a new patcher for Windia. It's a lot smarter at deciding when it's time to update your files and it uses newer technologies for the entire process.
Download it from the downloads section of the website.

P.S. - Big shoutout to the Tespia members for helping test and balance the new contents thoroughly <3 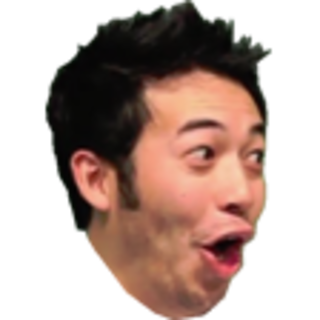 Head of my body